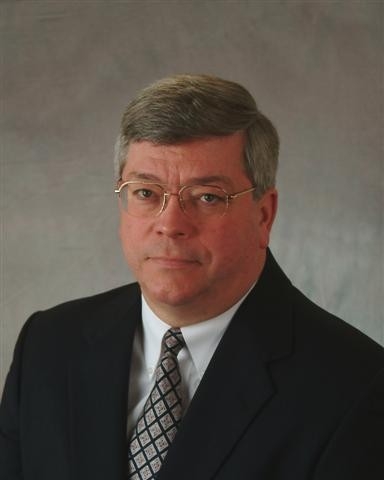 Ray graduated from Eastern Kentucky University on a ROTC scholarship and later earned a Master’s from the University of Southern California. During nearly 18 years of military service (active, guard, and reserves), he became a highly decorated officer in the US Army, holding two commands. He was awarded the Army Achievement Medal, two Army Commendation Medals, and the Army Meritorious Service Medal.

Ray is no stranger to travel; during his active-duty tour of service, he and his family spent four years in Europe. Between his military and industrial backgrounds, he has accepted appointments in Canada, Japan, Europe, the Caribbean, and the United States. Ray has also worked for American, British, Japanese, and Austrian firms.

Ray joined Roll Forming Corporation (RFC) in 2000, the same year that it was acquired by voestalpine. Ray contributed significantly to their success, having been part of the senior management team from the RFC’s days of family ownership to its new home under corporate enterprise. He was able to apply the Kaizen tool set and other Japanese management methods he’d learned first-hand in Japan; combined with technical advances from the European sister divisions of voestalpine, he had a strong start implementing RFC’s highly successful Continuous Improvement program. The CI program led to yearly cost savings and increased productivity that put RFC at the top of companies in its class.

Ray became the President and CEO of Roll Forming Corporation in 2007. Ray is now recognized by professional associations throughout the US as an innovative leader for the implementation of a “lean culture.” He was awarded the 2010 Manufacturing Employee of the Year by the Kentucky Association of Manufacturing.

He and his wife, Rosalie, reside in Shelbyville. Ray has a strong drive for community service, which he credits to his formative days as a Boy Scout in a troop sponsored by his church. Ray is also a passionate outdoorsman who enjoys “farming for wildlife,” and he takes great pride in introducing local youth to one of our country’s greatest freedoms, hunting. He is very active in the Shelbyville community and has held positions on the executive boards for the Shelby County Chamber of Commerce, Shelby County Associated Industries, the Dorman Preschool Center, the Serenity Center, the Shelby County Industrial Development Foundation, and numerous other committees focused on the economic development and quality of life of our local community. In 2012, the Boy Scouts of America presented him with the Shelby County Distinguished Citizen Award.

Ray is a native of Frankfort, Kentucky, where he grew up on tobacco farms.